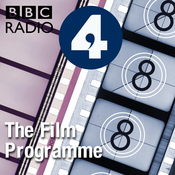 z
Jessica Hausner on her scifi award winner, Little Joe starring Emily Beecham.
Her performance in Little Joe won Emily Beecham best actress award at the Cannes Film Festival last year. Also starring Ben Whishaw it is a scifi take on the dangers of genetic engineering in flowers. It's the first film in English for Austrian director Jessica Hausner and she reveals what inspired it and the themes that recur in her films. Continuing our series on how to get a movie made, Pitch to Production, Matthew Sweet explores the tricky business of assigning rights with Clare Israel of film and literary agents David Higham Associates and development consultant Rowan Woods. Another winner at Cannes in 2019 was the French film Portrait of a Lady on Fire which took Queer Palm and Best Screenplay prizes for its writer and director Céline Sciamma. Set in eighteenth century France it is the story of the developing attraction between a female portrait painter and the young woman sitting for her. Its stars Noémie Merlant and Adèle Haenel who talk about the difference between being the observed and the observer in art and the fun they had shooting sex scenes. Presented by: Antonia Quirke Producer: Harry Parker
Ken Russell's Dance of the Seven Veils
With Antonia Quirke Ken Russell's wife Lisi Tribble Russell explains why Dance Of The Seven Veils, his film about Richard Strauss, is finally going to be seen 50 years after it was banned. In a new series of Pitch Battle, Gaylene Gould pitches a remake of Gentlemen Prefer Blondes called Brothers Prefer Weaves. A panel of industry insiders, Lizzie Francke, Rowan Woods and Clare Binns decide whether or not to give this update the green light. Composer Neil Brand reveals what happened when legendary composer John Barry was sacked from Robert Redford's The Horse Whisperer.
Bong Joon-ho on Parasite
With Antonia Quirke. Director Bong Joon-ho talks about his Oscar winning Korean thriller Parasite, which has been a surprise hit in the United States. And he reveals the debt of gratitude his film owes to Alfred Hitchcock. Matthew Sweet finds out how he could get a dystopian science fiction novel from 1954 optioned as a movie. He is aided in his quest by film development consultant Rowan Woods. As A Streetcar Named Desire returns to the big screen, Brando biographer William J Mann takes us behind the scenes of this ground-breaking movie which made its star a heart-throb over night. To celebrate the 100th anniversary of the birth of Federico Fellini, The Film Programme unearths a gem from its archive - the late director Anthony Minghella recounts how watching I Vitelloni felt like Fellini was burrowing into his head and capturing the time he spent as a young man in the Isle Of Wight.
Seamus McGarvey on A Matter Of Life And Death
With Francine Stock. Award winning cinematographer Seamus McGarvey talks about the film that is a continuing influence on his work, A Matter Of Life And Death, and about his friendship with the movie's legendary director of photography, Jack Cardiff, who became his mentor.
The Lighthouse
With Antonia Quirke Director Robert Eggers and Willem Dafoe discuss one of the most unusual Hollywood movies of this year or any other. The tale of two drunken lighthouse-keepers, the film is already infamous for its love scene between man and mermaid. Director Marielle Heller reveals why many British viewers have walked out of A Beautiful Day In The Neighbourhood, her real life story of chlldren's TV presenter Mr Rogers, mistakenly assuming that it will be the American equivalent of the Jimmy Savile scandal. When, in fact, nothing could be further from the truth.
Pokaż wszystkie 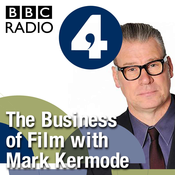 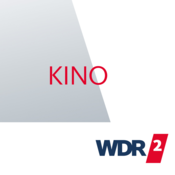