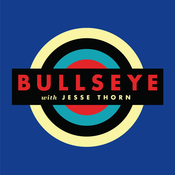 z
Ben Schwartz on playing Sonic the Hedgehog, Jean-Ralphio, and more
Parks and Recreation 's Jean-Ralphio! Star Wars ' BB-8! And, now the voice of Sonic the Hedgehog! We're joined by Ben Schwartz. Ben's big break came in 2010 with a small recurring role on Parks and Recreation . Jean-Ralphio was a character who only showed up a few times a year – but he was one of the most memorable characters on the show. We'll chat at length about his role on the show. You can hear his voice work alongside Jim Carrey and James Marsden in Sonic The Hedgehog , the new blockbuster that just hit theaters. We'll chat about his long time fandom of the video game series. Plus, we'll have him describe some truly cursed Sonic the Hedgehog online fan art.
Huey Lewis on the song that changed his life
The Song That Changed My Life is a segment that gives us the chance to talk with some of our favorite artists about the music that made them who they are today. This time around, we're joined by a true legend – Huey Lewis. In an era dominated by new wave, glam rock and hair metal Huey Lewis stood out with his bluesy pub-rock. He helped define pop music in the 80's. Huey Lewis and the News had a run of hit singles during the 80's and early 90's. Their most successful album, Sports , was released in 1983. It's one of our favorites here at Bullseye. Huey Lewis explains how Count Basie and Joe Williams' Alright, Okay, You Win helped him visualize his career as a singer. Huey Lewis and the News are back with their first album in nearly a decade. Their latest release is out now.
Steve Buscemi
Steve Buscemi! The best ever. Steve joins us to talk about the latest season of his hit TBS show Miracle Workers , now in its second season. The anthology series steps back into the Dark Ages for season 2 with Steve playing a peasant with a name we can't say on NPR. Let's just say he's a guy named after his occupation and he makes his living shoveling the kind of stuff that usually rolls down hill. The show is created by Simon Rich and co stars Daniel Radcliffe with guests appearances by Peter Serafinowicz and Chris Parnell. Steve chats with us about what it's like to play a "Sweatpants god," dying on screen dozens of times, and how his father shaped his career in the civil services as well as acting. Plus, he'll talk to us about trying his hand at stand-up as an eighteen year old kid from Long Island.
Remembering Jim Lehrer
We're replaying Jesse's 2010 interview with Jim Lehrer, who died last month at 85. He was a giant in the world of journalism – particularly in the world of public broadcasting. Jim hosted PBS' NewsHour . He was an anchor in public broadcasting for well over 35 years. He moderated a dozen presidential debates. When we spoke to Jim in 2010, he shared stories about juggling his job at a bus depot while being a college student and at Victoria College. Plus, the challenges of being the editor of his school's newspaper. He also shared how he got his start in public media.
Randy Newman: legendary songwriter, Oscar nominee, more
We're revisiting our conversation with the great Randy Newman. He's just been nominated for two Academy Awards, one for the score he composed for Noah Baumbach's Marriage Story , and another for the original song he composed for Toy Story 4 . It's called "I Can't Let You Throw Yourself Away." Randy's songbook is a part of the fabric of modern pop culture. He writes pop songs, catchy tunes that can perfectly encapsulate a touching film moment. But he also writes songs that come from a place of darkness. Randy talks about writing songs that tap into his feelings, being inspired to get into writing music for film by his three uncles and meeting Frank Sinatra. Plus, Randy ponders why a guy with seven Grammys hasn't had more hits.
Pokaż wszystkie