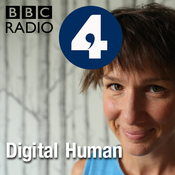 z
Oops!
The Digital World is full of unintended consequences. Aleks finds out what happened when an influx of bitcoin miners descended like electricity devouring locusts on the snowy little town of Plattsburgh NY. Depending what day it is maintaining the bitcoin network can take the same amount of energy as consumed by the whole country of Switzerland. These crypto currencies quite literally turn electricity into money but electricity costs, so all over the globe there are itinerant bitcoin miners like the prospectors of old in search deep veins of cheap power to refine into digital gold And so when it became known that the little town of Plattsburgh on the US/Canadian border had just about the cheapest electricity on the continent the miners flocked there from as far away Puerto Rico. At its height you couldn’t walk down the street without feeling the heat and the din of servers churning away in hastily converted strip malls. But it was it a bonanza for the locals? Aleks finds out.
Faceless
Johnathan Hirshon works in PR and marketing and describes himself as ‘The Faceless man' because he’s managed to keep his face off the internet for over twenty years. This may seem extreme but Neda Soltani explains how one online photo of her face, meant she had to leave her family, country and profession. Artist and curator, Bogomir Doringer whose archived and curated thousands of faceless images off the internet talks about how technology is not only choreographing the way we use our faces but persuading us to hand over our biometric data with our use of apps that change the way we look. . Artist Zach Blas is interested in queer culture and has created masks using biometric data from minority groups, to push back on the possibility of people being categorised by biometrics. Zach uses masks to show that facial recognition technology can be disrupted. Stephen has been trying to do just that. Stephen is from Hong Kong and spent the summer protesting against the Extradition bill. He and his fellow protesters wore masks to evade identification from the police and Hong Kong's smart lamp posts. The remit of the protest grew when the wearing of masks by protesters was banned. Stephen believes that by using facial recognition technology on the streets of Hong Kong the authorities in Hong Kong and China are creating a sense of ‘white terror’. Stephen is now protesting in the UK but still feels this ‘white terror’. While protesting people from mainland China have been taking photos of him and other protesters. He knows that photos can go global and by using facial recognition tech he could be easily identified. Is it becoming impossible to escape recognition even when we would like to hide? Produced by Kate Bissell With special thanks to Bogomir Doringer
Messiah
Aleks Krotoski explores how the culture in Silicon Valley led to a growth in the cult of personality and asks if it's gone too far. This kind of worship has been hot housed in Silicon Valley ever since Steve Jobs burst out of his garage and onto the scene. Here, we take a look at how Mark Zuckerberg, Elon Musk and others are now regarded as charismatic high priests in a new dark age. And when our need for meaning collides with our reverence for progress and technology, we end up putting these tech leaders on a pedestal. Have we finally found the messiahs we've been looking for? Producer: Caitlin Smith
Devotion
When a homeless man was accidentally killed by a train on the 11/08/18 in The Dalles, Oregon, no one realised how many people it would effect. The man was a computer programmer called Terry Davis and he was on a mission from God. He'd designed an entire operating system called Temple OS and according to Terry its creation had been a direct instruction from God himself. As a fellow programmer explained it, 'you can imagine how over time one man might build a house, but this is like building a sky scraper, on your own!' And this was all done while Terry battled a diagnosis of schizophrenia. Aleks Krotoski searches the emails, web posts and live streams to piece together the life of a remarkable individual who's work touched so many and is now celebrated not just as a technological achievement but an artistic one. Producer: Peter McManus Researcher: Elizabeth Ann Duffy
Character Witness
Gangs are territorial, every street, every block is mapped out according to who’s in charge, where. It’s still true today. But now that the internet is where we do so much of our social lives, gangland has also gone online. Territory isn’t just where you physically operate, but where the mind wanders as well, but what happens when staking out territory online is then used as evidence to convict you in the real world? In this episode, we’re looking at what this means for the people caught up in gang warfare, how a social media profile can keep you safe but at the same time be used as a character witness against you. Featuring former gang members and gang mediators from Chicago Aleks finds out how social media along with poverty is trapping young people in fractured communities, into a cycle of violence and revenge. Produced by Kate Bissell With thanks to YBH Honcho for the use of his music
Pokaż wszystkie 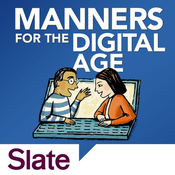