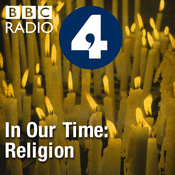 In Our Time: Religion

z
The Rapture
Melvyn Bragg and guests discuss the ideas developed by the Anglican priest John Nelson Darby (1800-1882), drawn from his reading of scripture, in which Jesus would suddenly take His believers up into the air, and those left behind would suffer on Earth until He returned with His church to rule for a thousand years before Final Judgement. Some believers would look for signs that civilization was declining, such as wars and natural disasters, or for new Roman Empires that would harbour the Antichrist, and from these predict the time of the Rapture. Darby helped establish the Plymouth Brethren, and later his ideas were picked up in the Scofield Reference Bible (1909) and soon became influential, particularly in the USA. With Elizabeth Phillips Research Fellow at the Margaret Beaufort Institute at the University of Cambridge and Honorary Fellow in the Department of Theology and Religion at Durham University Crawford Gribben Professor of Early Modern British History at Queen’s University Belfast and Nicholas Guyatt Reader in North American History at the University of Cambridge Producer: Simon Tillotson
Sir Thomas Browne
Melvyn Bragg and guests discuss the range, depth and style of Browne (1605-82) , a medical doctor whose curious mind drew him to explore and confess his own religious views, challenge myths and errors in science and consider how humans respond to the transience of life. His Religio Medici became famous throughout Europe and his openness about his religion, in that work, was noted as rare when others either kept quiet or professed orthodox views. His Pseudodoxia Epidemica challenged popular ideas, whether about the existence of mermaids or if Adam had a navel, and his Hydriotaphia or Urn Burial was a meditation on what matters to humans when handling the dead. In 1923, Virginia Woolf wrote, "Few people love the writings of Sir Thomas Browne, but those that do are the salt of the earth." He also contributed more words to the English language than almost anyone, such as electricity, indigenous, medical, ferocious, carnivorous ambidextrous and migrant. With Claire Preston Professor of Renaissance Literature at Queen Mary University of London Jessica Wolfe Professor of English and Comparative Literature at the University of North Carolina at Chapel Hill And Kevin Killeen Professor of English at the University of York Producer: Simon Tillotson
Judith beheading Holofernes
Melvyn Bragg and guests discuss how artists from the Middle Ages onwards have been inspired by the Bible story of the widow who killed an Assyrian general who was besieging her village, and so saved her people from his army and from his master Nebuchadnezzar. A symbol of a woman's power and the defiance of political tyranny, the image of Judith has been sculpted by Donatello, painted on the ceiling of the Sistine Chapel and, in the case of Caravaggio, Liss and Artemisia Gentileschi, been shown with vivid, disturbing detail. What do these interpretations reveal of the attitudes to power and women in their time, and of the artists' own experiences? The image of Judith, above is from a tapestry in the Duomo, Milan, by Giovanni or Nicola Carcher, 1555 With Susan Foister Curator of Early Netherlandish, German and British Painting at the National Gallery John Gash Senior Lecturer in History of Art at the University of Aberdeen And Ela Nutu Hall Research Associate at the Sheffield Institute for Interdisciplinary Biblical Studies, at the University of Sheffield Producer: Simon Tillotson
Papal Infallibility
Melvyn Bragg and guests discuss why, in 1870, the Vatican Council issued the decree ‘pastor aeternus’ which, among other areas, affirmed papal infallibility. It meant effectively that the Pope could not err in his teachings, an assertion with its roots in the early Church when the bishop of Rome advanced to being the first among equals, then overall head of the Christian Church in the West. The idea that the Pope could not err had been a double-edged sword from the Middle Ages, though; while it apparently conveyed great power, it also meant a Pope was constrained by whatever a predecessor had said. If a later Pope were to contradict an earlier Pope, then one of them must be wrong, and how could that be…if both were infallible? With Tom O’Loughlin Professor of Historical Theology at the University of Nottingham Rebecca Rist Professor in Medieval History at the University of Reading And Miles Pattenden Departmental Lecturer in Early Modern History at the University of Oxford Producer: Simon Tillotson and Julia Johnson
The Thirty Years War
Melvyn Bragg and guests discuss the war in Europe which begain in 1618 and continued on such a scale and with such devastation that its like was not seen for another three hundred years. It pitched Catholics against Protestants, Lutherans against Calvinists and Catholics against Catholics across the Holy Roman Empire, drawing in their neighbours and it lasted for thirty gruelling years, from the Defenestration of Prague to the Peace of Westphalia of 1648. Many more civilians died than soldiers, and famine was so great that even cannibalism was excused. This topic was chosen from several hundred suggested by listeners this autumn. The image above is a detail from a painting of The Battle of White Mountain on 7-8 November 1620, by Pieter Snayers (1592-1667) With Peter Wilson Chichele Professor of the History of War at the University of Oxford Ulinka Rublack Professor of Early Modern European History at the University of Cambridge and Fellow of St John’s College And Toby Osborne Associate Professor in History at Durham University Producer: Simon Tillotson
Pokaż wszystkie

In Our Time: Religion: Playlist

O In Our Time: Religion 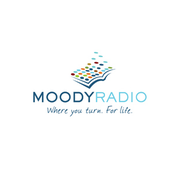 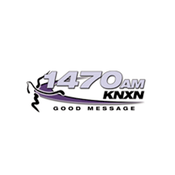