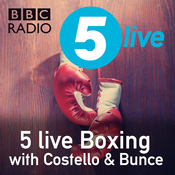 z
AJ to fight “Rumble in the Jungle 2”?
Could Anthony Joshua fight in the same stadium in the Democratic Republic of Congo as Muhammad Ali and George Foreman in 1974? Eddie Hearn opens up on the exotic offers to stage a major fight in the next few years, and explains why Joshua’s next fight will likely be in the UK. Also, a reflection on the shocking news of American basketball star (and big boxing fan) Kobe Bryant’s death, and with less than a month to go until Tyson Fury v Deontay Wilder’s rematch, what will trainer Sugarhill Steward bring to Tyson Fury’s skill set?
Kal Yafai, the best little 'uns & Conor McGregor back in boxing?
Britain's longest reigning current world champion Kal Yafai joins the podcast after his fight against former pound-for-pound king Roman 'Chocolatito' Gonzalez was announced, for Yafai's WBA world super flyweight world title. Mike and Steve discuss about the best lighter weight fighters, discuss Conor McGregor's insistence that he wants to fight Manny Pacquiao or Floyd Mayweather and win a boxing world title, and look at Tyson Fury and Deontay Wilder's press conference last week ahead of their rematch.
Kell Brook: the forgotten man of British boxing?
Former welterweight world champion Kell Brook opens up about his new attitude, attempting to get back to the top of the sport at the age of 33. His trainer Dominic Ingle also joins Mike and Steve to talk about the change in a fighter's approach when they get older, and whether we'll ever see Brook fight Amir Khan. Also, reaction to unified super lightweight world champion Josh Taylor's split from Barry McGuigan's Cyclone Promotions; and are the massive purses on offer from the likes of DAZN and ESPN+ in America sustainable?
Fury v Wilder 2 - the biggest heavyweight fight for 20 years?
With the rematch confirmed for 22nd February in Las Vegas, how does Tyson Fury v Deontay Wilder 2 compare to massive heavyweight fights of the past? Mike and Steve also preview 2020 in boxing for the rest of Britain’s world champions, including whether Billy Joe Saunders will get a shot at Saul ‘Canelo’ Alvarez, Anthony Joshua’s next steps after winning his world titles back, and could Josh Warrington attract some big-name American talent to the UK.
How long until Joshua fights Fury or Wilder?
How long will boxing fans have to wait to see Anthony Joshua against the other two big names in the heavyweight division, Tyson Fury and Deontay Wilder? Mike and Steve break down the politics and the timings issues that could get in the way. Also, more reaction to Andy Ruiz's excuses for losing to Joshua, a preview of Daniel Dubois upcoming fight and an appreciation of the importance of amateur boxing clubs.
Pokaż wszystkie 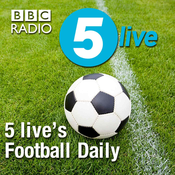 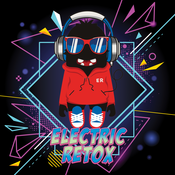